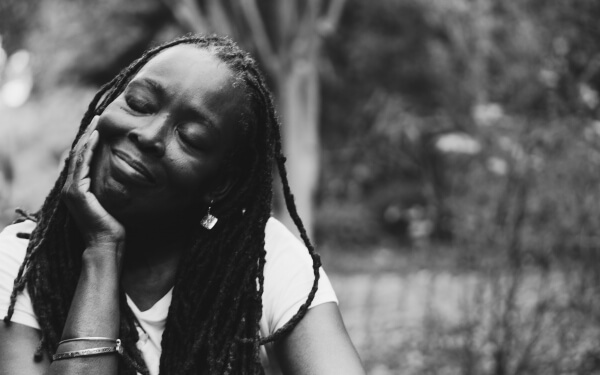 Patrick, a Pathways to Housing DC outreach worker, first met Lakeisha underneath the L Street bridge.  Immediately, Patrick was struck by her warmth and charisma. A self-described homeless advocate, Lakeisha was widely known and respected by her neighbors and friends living in surrounding encampments.  She was always helping someone in some way, doing all that she could to make life just a little bit better for those she cared about; which was seemingly every person she met.  Lakeisha’s energy and passion for life were evident, but due to ongoing mental and physical health challenges, she was no longer able to successfully manage her life.  When Patrick met Lakeisha, she had been continuously experiencing homelessness for four years, completely disconnected from her children, family, and the community she once called home.

Lakeisha had been working, on and off, with Pathways DC’s outreach team to find a home and establish a basic income. However, as Lakeisha’s mental health began to decline, she would frequently disappear for large stretches of time, never staying in any one place for very long.  This pattern continued for over a year, as Lakeisha would make progress toward her goals, disappear, and then have to start all over when the team found her again.  Eventually, as her physical health began to deteriorate and movement became more difficult, she settled into a tent in early 2017 where Patrick would come to first meet her.  Lakeisha still had her dream of having her own place in the future, but at the time, it was becoming more and more difficult for her to see.  Her past experiences had built a belief in Lakeisha that she would never be able to leave the streets; she had lost hope that her situation would ever get better.  Patrick was determined to change that mindset and help Lakeisha achieve her dream of having a home again.

Patrick started with working alongside Lakeisha to set smaller goals for herself, like applying for social security disability and obtaining important documents like her birth certificate and ID.  As Lakeisha started to accomplish these smaller goals, Patrick could sense a change in the way she reacted when the conversation of housing came up, a subject that she often avoided.  He could tell that she was beginning to believe, once again, in her dream of having a home of her own again.  With her documents secured, Patrick introduced Lakeisha to the Pathways to Housing DC Permanent Supportive Housing team.  They immediately went to work with Lakeisha to find an apartment that fit with what Lakeisha envisioned for her new home. With support from Patrick and the rest of the teams, Lakeisha slowly but surely made her way towards finally being approved for her first apartment in years!

Her move-in took place in December of last year and we were all so proud of Lakeisha for her drive, determination, and infectious positivity, even in the face of setbacks.  Now that Lakeisha has the stability of a home she has begun working to address her physical and mental health needs and is successfully managing them for the first time in her life.  While she may have found home for herself, she still remembers where she was and how many more people are still there, dreaming of a home just like her.  For that reason she remains committed to being an advocate, but in a different way than when she was on the streets.  She now has begun to take a more active role in community advocacy, telling her story and taking every opportunity she can to make a difference in the lives of others.